This blog is intended to collate promising contributions to this vision from experts in many fields.

Participants are requested to classify each of their posts with one or more of the Category Labels (listed here).

After decades searching for ingenious rural innovations, Dr. Anil Gupta and his suite of organizations (Society for Research and Initiatives for Sustainable Technologies and Institutions [SRISTI ], Honey Bee Network, Grassroots Innovations Augmentation Network [GIAN], etc.) have compiled thousands of their findings online for use by everyone.

They are looking for help in setting up small manufacturing operations to commercialize some of these products to benefit their inventors. If you have any ideas or energy for that, do get in touch.

Posted by Wladislav K at 5:59 PM No comments:

One of Indonesia's most ardent rain forest protection activists is in what may seem an unlikely position: Spearheading a project to produce biofuel from trees.

But tropical forest scientist Willie Smits, ­­after 30 years studying fragile ecosystems in these Southeast Asian islands, wants to draw world attention to a powerhouse of a tree—the Arenga sugar palm. Smits says it can be tapped for energy and safeguard the environment while enhancing local food security.

Smits says that the deep-rooted feather palm Arenga pinnata could serve as the core of a waste-free system that produces a premium organic sugar as well as the fuel alcohol, ethanol, providing food products and jobs to villagers while it helps preserve the existing native rain forest. And scientists who have studied the unique harvesting and production process developed by Smits and his company, Tapergie, agree the system would protect the atmosphere rather than add to the Earth's growing carbon dioxide burden.

"The palm juice chiefly consists of water and sugar—made from rain, sunshine, carbon dioxide and nothing else," says Smits. "You are basically only harvesting sunshine."

Read more »
Posted by Wladislav K at 2:30 PM No comments:

The 21st century will probably be unlike any other century before or since. It will be a century of peaking and then declining natural resources: first oil, then natural gas, water, food, coal and uranium. At the same time, we will have to deal with a record number of human beings on the planet. Our political, economic and media leaders have prepared us poorly for what is likely to come. The overwhelming message from mainstream sources is in effect that we have infinite resources and can enjoy continuous improvement and infinite growth without consequences, and that technology will find a way to overcome any obstacle. When these things fail to happen (which is almost inevitable) there is likely to be much confusion and anger and a lack of consensus about what to do next. This book can't solve all of these problems, but maybe it can help in a small way. It is intended mainly as a guide by and for healthcare professionals, to help ease our transition into a post-peak healthcare system. The book is unfinished and is a work in progress. You can download the latest version of the book by clicking on the "download" link at the top of this page. I would welcome any comments, praise, criticism or offers to contribute.

Posted by FLOATING WORLD WEB at 11:15 PM No comments:

In the Seventies and Eighties when thousands of Peace Corps, VSO and other types of volunteers were working in the developing world, their individual and collective attention to the challenges facing Third World communities sparked an explosion of ingenious inventions that became known as Appropriate Tech. Intended "to increase the standard of living for the developing world without condescension, complication, or environmental damage,".AT has not exactly burgeoned since then, but the field has survived and continues to devise technologies that not only make sense for traditional village societies, but can intelligently serve modern sustainable communities as well.

The following is a short list of contemporary resources in the field, which continues to benefit countless lives and deserves far more attention and support. - Ed.

Salt of the Earth gets empowered new meaning

An incredible new material made from common dirt can take heat and directly convert it into an electrical current, a study claims.

Researchers say they produced the groundbreaking substance using commonly found materials and that it can be cheaply manufactured.

They believe the it could spark a revolution in eco-friendly power generation by taking waste heat from a range of common sources and converting it directly to electricity. 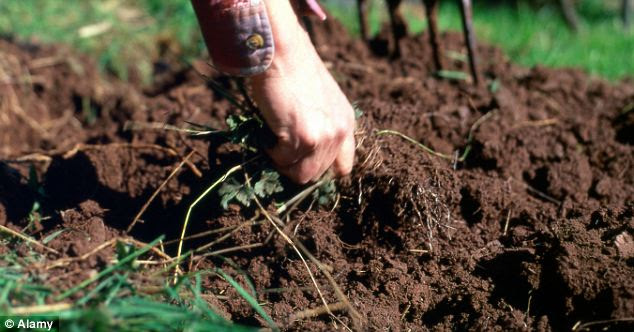 Raw material: The breakthrough new thermoelectric material is made from natural minerals called tetrahedrites which are found in dirt pretty much everywhere on the planet

So-called thermoelectric materials are able to directly convert differences in temperature to electrical voltage, and vice versa. This are potentially important, scientists say, because the vast majority of heat that is generated from, for example, a car engine, is lost through the tail pipe. It's the thermoelectric material's job to take that heat and turn it into something useful, like electricity.

Read more »
Posted by Wladislav K at 1:13 PM No comments:

A steam turbine that drives a generator is usually only about 30% efficient.  Based on the Brayton-cycle system, developed by George Brayton more than 100 years ago, an air or steam system heats the air or water in a confined space and then releases the compressed air or steam to turn a turbine generator.

The Brayton-cycle is the same principle used in a jet engine, which burns fuel to run a turbine and then shoots the compressed air out the back to thrust a plane forward.  It’s a common system.

Sandia National Laboratories has developed a turbine system that could substantially improve energy efficiency in small modular nuclear reactors.  The Lab is already seeking an industry partner to market the technology.

What goes around comes around: gas from air

A small British company has produced the first "petrol from air" using a revolutionary technology that promises to solve the energy crisis as well as helping to curb global warming by removing carbon dioxide from the atmosphere.

Air Fuel Synthesis in Stockton-on-Tees has produced five litres of petrol since August when it switched on a small refinery that manufactures gasoline from carbon dioxide and water vapour.

The company hopes that within two years it will build a larger, commercial-scale plant capable of producing a ton of petrol a day. It also plans to produce green aviation fuel to make airline travel more carbon-neutral.

Tim Fox, head of energy and the environment at the Institution of Mechanical Engineers in London, said: "It sounds too good to be true, but it is true. They are doing it and I've been up there myself and seen it. The innovation is that they have made it happen as a process. It's a small pilot plant capturing air and extracting CO2 from it based on well known principles. It uses well-known and well-established components but what is exciting is that they have put the whole thing together and shown that it can work."

Read more »
Posted by Wladislav K at 3:18 PM No comments:

We include this piece to indicate the exciting technical creativity bubbling in the youthful reaches of the engineering world and to introduce the excellent solarnovus.com solar power info website. Both bear watching as fertile sources of post-corporate energy innovations and news of their fate. - Ed.

Duke University engineer Nico Hotz has proposed and analyzed a hybrid system in which sunlight heats a mixture of water and methanol in a maze of tubes on a rooftop. After two catalytic reactions, the system produces hydrogen that can be stored and used on demand in fuel cells.

A schematic of the hybrid system. Credit: Nico Hotz. The hybrid device contains series of copper tubes coated with a thin layer of aluminum and aluminum oxide and partly filled with catalytic nanoparticles. A combination of water and methanol flows through the vacuum-sealed tubes.

"This set-up allows up to 95% of the sunlight to be absorbed with very little being lost as heat to the surroundings," Hotz said. "This is crucial because it permits us to achieve temperatures of well over 200 ºC within the tubes. By comparison, a standard solar collector can only heat water between 60 and 70 ºC."
Once the evaporated liquid achieves a high enough temperature, tiny amounts of a catalyst are added.

The combination of high temperature and catalysts produces hydrogen very efficiently, Hotz said. The hydrogen can be immediately directed to a fuel cell to provide electricity to a building during the day, or compressed and stored in a tank to provide power later.

La Educación Prohibida is a remarkable 145 min Latin American doc on the modern educational enterprise. Filmed in 15 countries with hundreds of collaborators, it tracks the hijacking of schooling to serve the corporate state, analyzes its evolutionary & psycho-social toll, and outlines a series of paths to liberation for students, teachers and the wider world. This is a conversation the US, Japan and other industrial nations desperately need to be having, and the fact over 5 million people have viewed it since August on various sites gives hope we finally will. - Ed.

Now nearly 5 years old, this documentary remains one of the finest and most hopeful responses to our global suicide pact with the fossil fuel industry. If you want less analysis & Veggie Van nostalgia and more concrete solutions, skip to the last 30 minutes where a sane post-corporate vision is laid out in considerable detail. - Ed.

Fuel by Josh Tickell
Posted by Wladislav K at 11:18 PM No comments:

Search This Blog & its Links